ASTA - The War of Tears and Winds is a classic fantasy MMORPG with a variety of options for races, classes and characters, along with classic MMO features like PVP battlegrounds and guild battles, a broad crafting system, scenarios and quests with rich lore, a player-driven economy and rewarding dungeons.

Webzen announces that the first major content expansion for its Asian fantasy MMORPG ASTA - The War of Tears and Winds will be available soon.

Webzen is set to release the first content expansion, titled "Myth I: Wrath of the Berserkers", in the last week of May. The expansion will raise the level cap to 55. This increased level cap will be accompanied by new content, including a new area named "Wado", a new dungeon in the "Mountain of Trials", along with new quests and achievements. 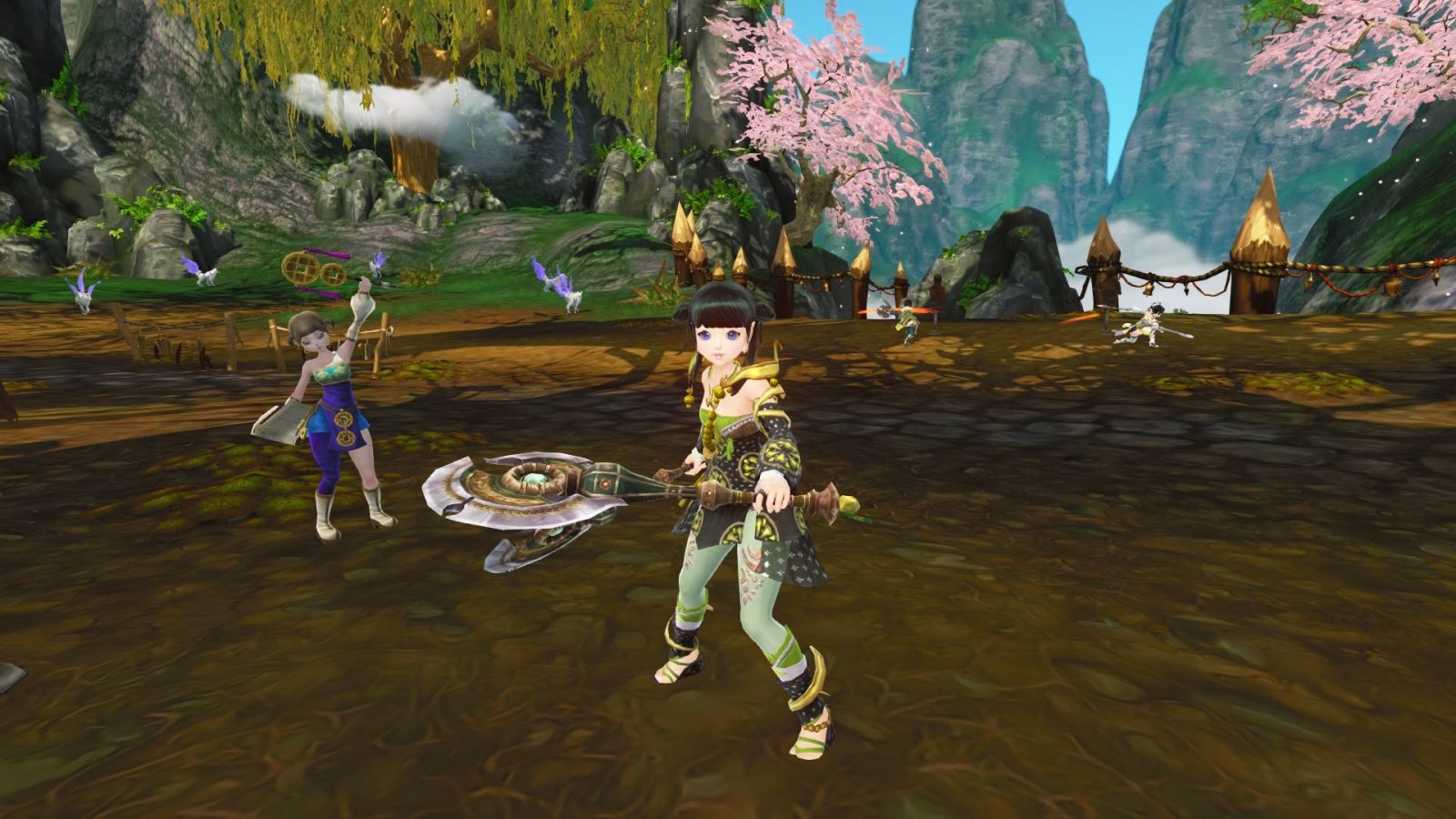 In Wado, players can encounter those from other factions like in the Muk Plateau, but in a larger area with more powerful monsters. The Mountain of Trials, a new dungeon located in the centre of Wado, will also be introduced. This dungeon is composed of 7 boss rooms where players can find their ideal challenge, whether it's a 1-player Easy dungeon, a Very Hard run with a few friends or a raid with 10 players.

Pierre Vandenbroucke, Assistant Producer of ASTA at WEBZEN Dublin Ltd, commented: "We are absolutely delighted to be releasing the first major content expansion for ASTA, and are looking forward to seeing players explore Myth I: Wrath of the Berserkers." He continues: "We are currently working on a patch to incorporate more features and challenges into ASTA, and we will soon be revealing full details on this patch to encourage players to check out what's new in Myth I: Wrath of the Berserkers."

More information about the game and the upcoming expansion will be available on ASTA's official website.

To celebrate our 2016 Halloween, we're having a special discounted promotion on all products. Follow the step, join us for a Big Halloween Weekend, you'll get up to 15% coupon discount code.

As an extremely popular Augmented Reality game which called the most sensational mobile video game of 2016, Pokemon Go will launched in India.

Is It Safe to Buy ASTA Gold Directly from ASTAMall.com

A lot of our customers ask us the same question again and again though livechat or skype, that is if it is safe to buy asta gold online through the gold sellers. Our answer is It Depends. Why? Because you need to see what kind of the sellers you are buying from?

ASTA Open Beta Coming to Us on 2nd of March

According to WEBZEN, which is a global developer and publisher of free-to-play MMO games, pleased to announce that the Open Beta for the new Asian fantasy MMORPG ASTA – The War of Tears and Winds will begin on the 2nd of March, 2016 (UTC).

What was your favorite element of ASTA Gameplay? Want to find out what players were focusing on during the Initial Beta of ASTA? ASTA officially announce a group date of the beta stages, the data displayed above 70% players like leveling up and doing quest in the game. Then look no further!

ASTAMall VIP System: Buy ASTA Products With Up to 5% Discount

We are always thinking about what products and service our customers need, what can we do that makes more benefit to our users, to solve these problems we have done a lot of things. For our loyal customers we have introduced a VIP System:

With that said Wow Clone comes to mind. And well it's considered a Korean version of WoW. ASTA Character customization even feels like that. The story seems rather generic but leading to a big climax very early in the game. Then it's mystery deep on leading into the rest of the game.